I discovered last week that New Horizon Primary School shuts down for general cleaning every Wednesday and Friday evening. This turned out to be a great opportunity as the pace the youth were taking to slash at the Home, Health Center, Guesthouse, school and playground, was already becoming a big frustration.

Two of the children, Safari and Edward, came in very handy to lead the slashing and soon it was a big slashing party with everybody wanting to help, others collecting the stones that would damage the machines. These children do it even better than the adults as they pay attention to both fuel consumption and condition of the machines. It is said that the African child is born with a hoe in his hand, but I soon realised that an African child equipped with a machine could also do wonderful things. It took only a short time to complete the entire school compound and they vowed to start on playground the following day, Saturday. 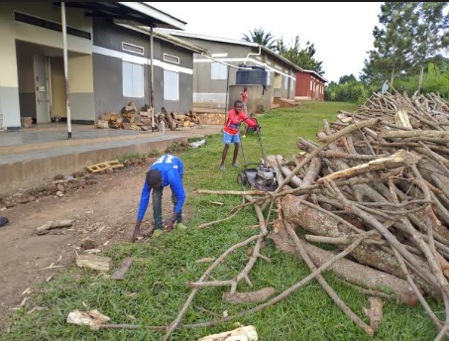 Edward blasting away the grass 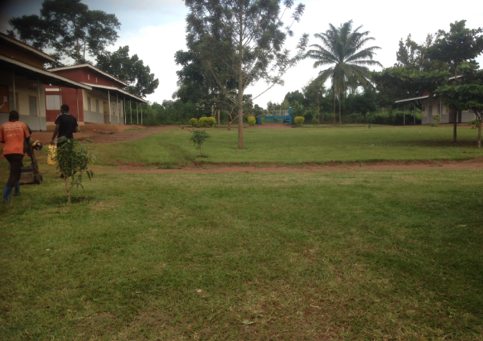 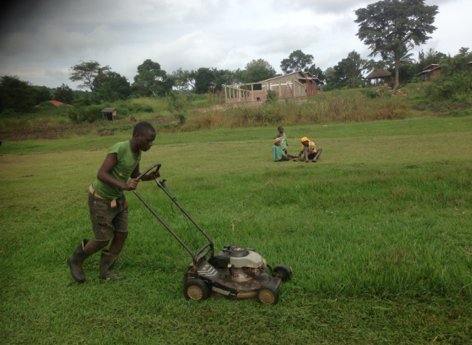 On to the playground.

I often got concerned that they might be tired and asked them to take a rest but to them the work was not done until it was completed or at least the available fuel was finished. I was thrilled to bits and enjoyed myself thoroughly working with these children. Having completed the playground, Edward suggested that next was the Anna House, which they would do the next day, Sunday. I asked if they felt proud of their school looking so clean and neat – the answer was a big YES. 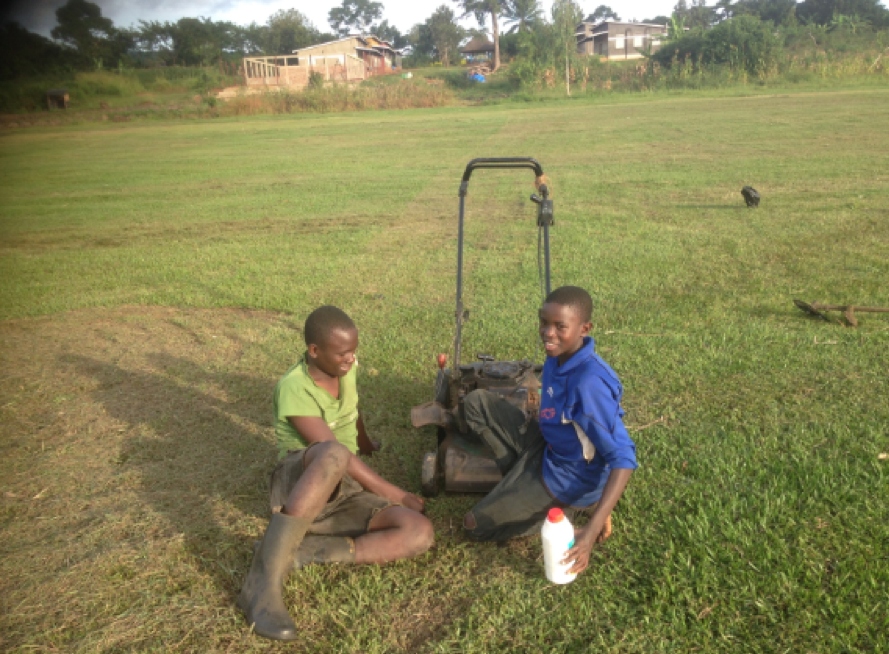 Edward and Safari resting after slashing the playground.

On Monday morning I arrived at Nyenga Foundation to find the promised work nicely done and there were no complaints about machines failing to work!