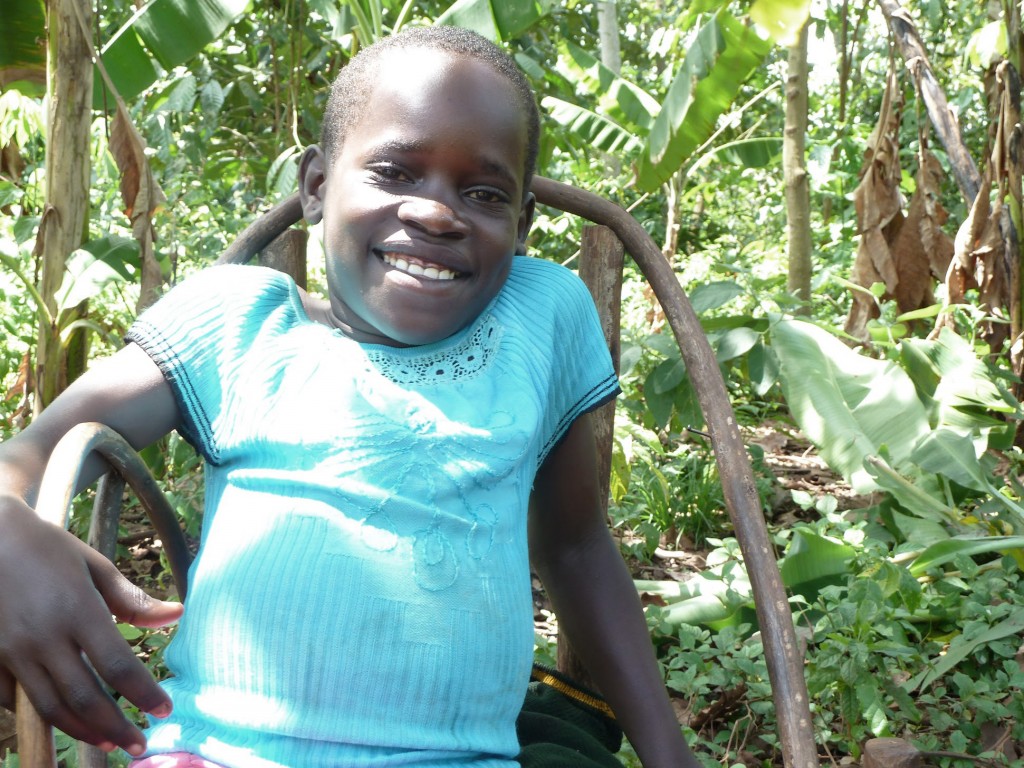 This is Sheila, a 9-year-old girl from the Nyenga Children’s Home neighborhood. At the age of 7 Sheila noticed her legs becoming weaker. She would stumble and didn’t manage to walk properly. When she no longer was able to walk to school she would lay at home all day. Sheila legs became completely paralyzed. She lost sensation in her legs and the control over her bladder.

Sheila’s mother was certain that her daughter was possessed by demons or attacked by witchcraft. She left Sheila and the rest of her family. Her father didn’t know what to do. He remarried and Sheila was neglected.

A community member found Sheila lying at home with fever. She was very ill. The neighbor took her to Nyenga’s health center. She had malaria and received antimalarial treatment. The employees at the health center quickly understood that they were not able to treat Sheila’s paralyses. Malaria was not the cause of her paralyzed legs. 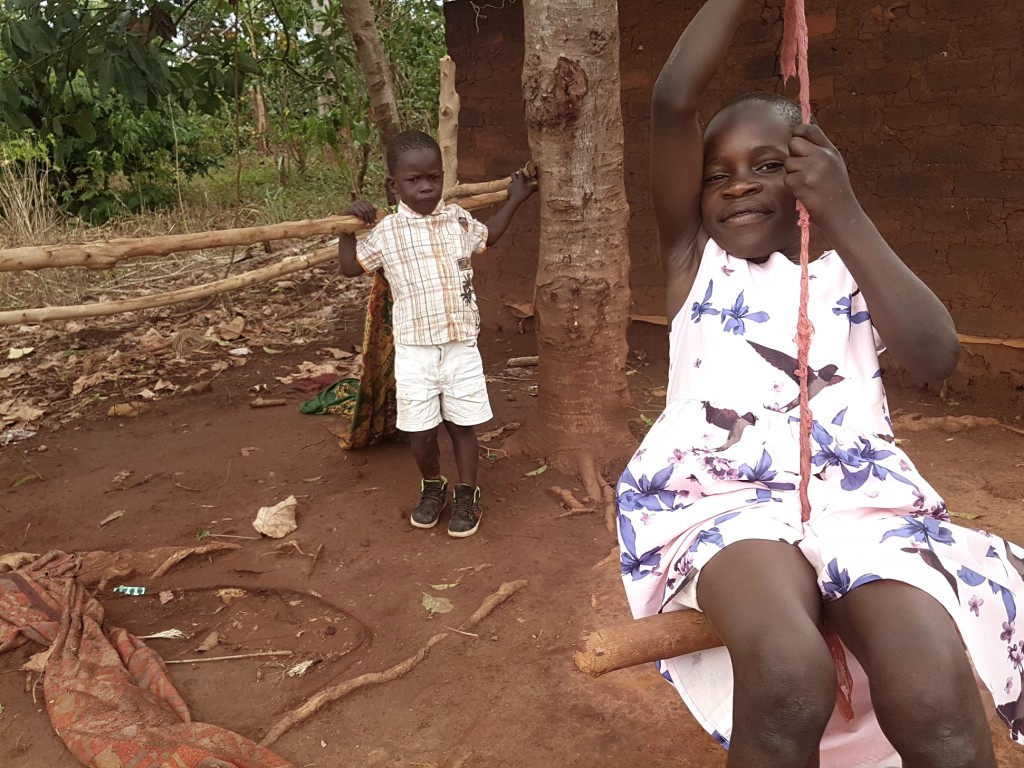 Nyenga offered to assist in the diagnostics and treatment of Sheila on the condition that Sheila’s father would take care of his own daughter. At the hospital in Kampala the doctors concluded that Sheila had spinal tuberculosis.

Tuberculosis usually affects the lungs, but can also affect other organs in the body. In Sheila’s case the infection sits in her spine. The doctors wanted to operate her. However, the infection was so extensive that Sheila had to start with medication before surgery would be possible.

The medicine Sheila received worked! The sensation in her legs returned and her mobility improved. She was able to drag herself over to the toilet and regained control over her bladder. With the help of a crutch and a little support she could pull her self up to stand. This progress was much better than the doctors had anticipated. They therefore decided that she was to continue on the medication until July 2017. She is followed up regularly, and an operation is currently set on hold. 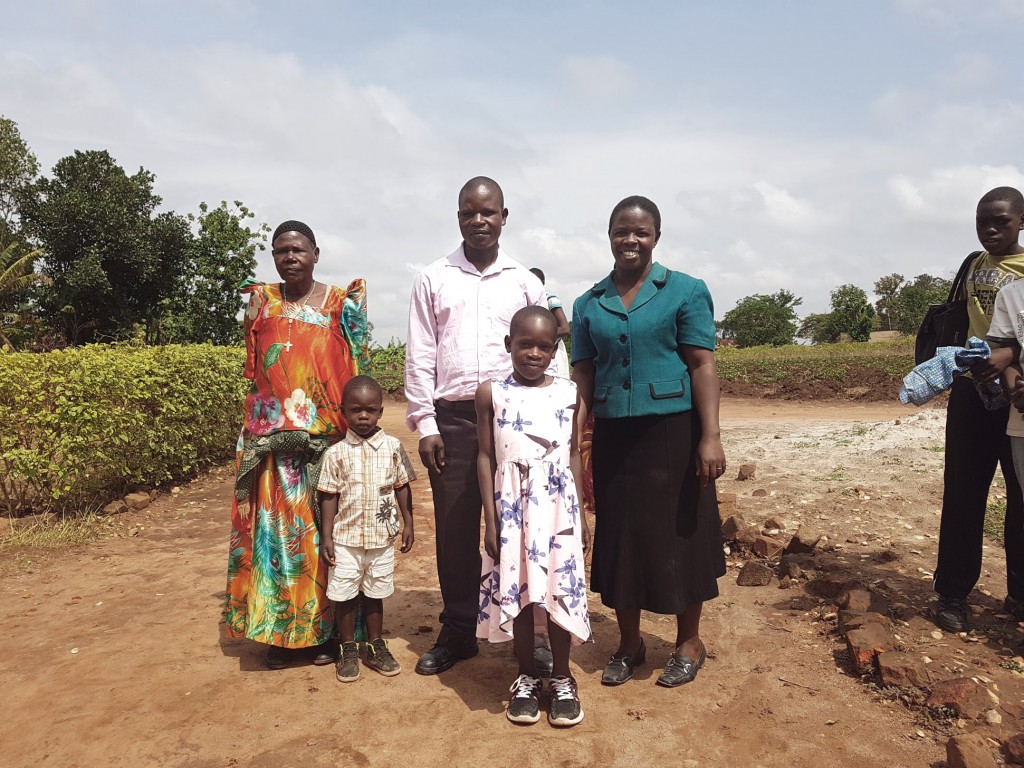 After two years of illness, Sheila can now walk without crutches. At the end of January there was a grand celebration at the church where Sheila has attended Sunday school. In February she started in first grade, primary one, at New Horizon. A proud father walked his daughter to school at Nyenga. 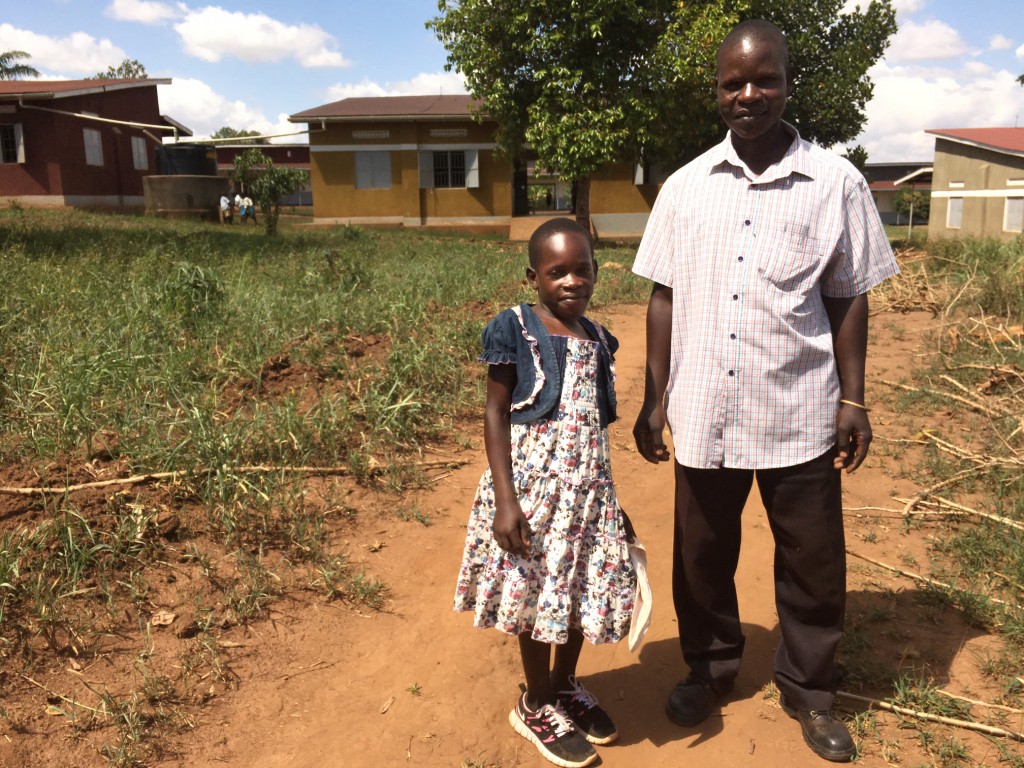